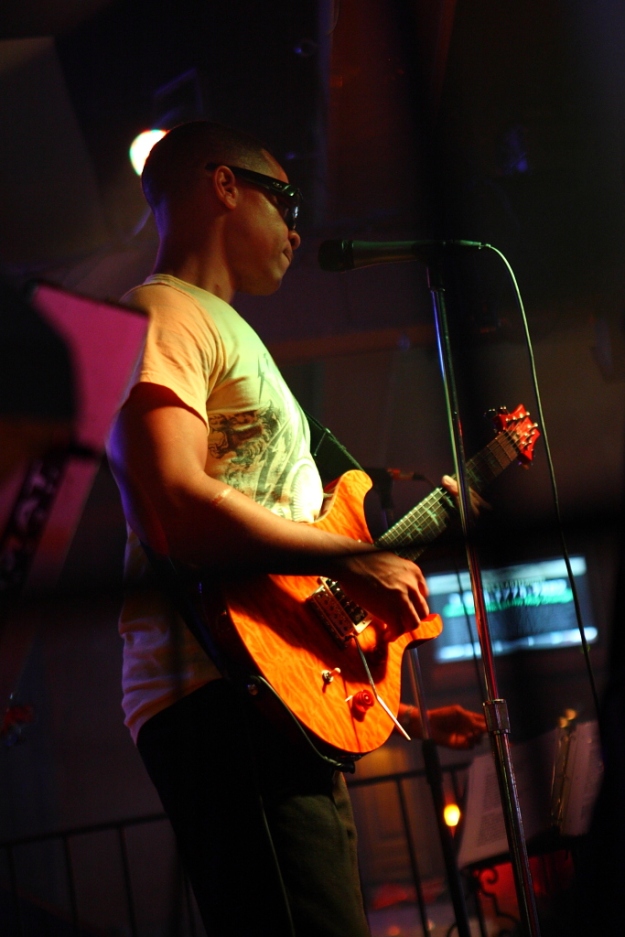 Today, as we descended into New Orleans, the dense Louisiana swamp, a tapestry of greens punctuated and divided by the brown canals and causeways gathered below us, spread out to the side as I peered through the window at my seat.  The decision to go to New Orleans is a strange one, as Siobhan and I had a list of places which we wanted to go to, but given timing and summer high season, we broke down to typing in random destinations into a flight booking website and found the Big Easy was the cheapest place to fly in America.  Fueled by the likes of Tony Bourdain and travelogue exposure, a patois punctuated by the bams of Emeril Lagasse and the Food Network, we decided to give it a try.

What interesting things will greet us here? 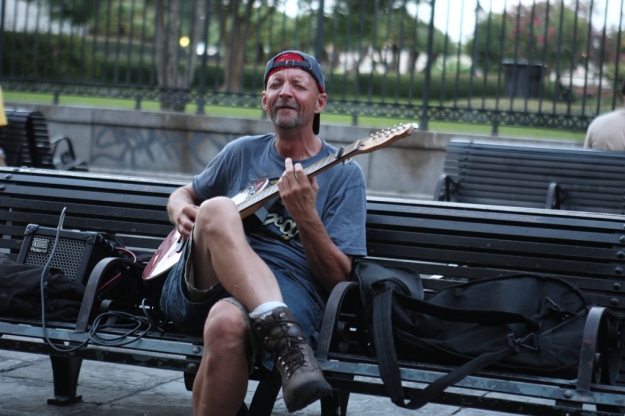 Immediately after we clicked the confirmation page, I started to wonder why flights were so cheap.  Part of it, I found out was that July in New Orleans is ridiculously hot.  Another reason, as I found out from a colleague, was the fact we were in hurricane season, the same season that produced Katrina and was about to deal with Bonnie, which thankfully made landfall in Florida yesterday.

Coming out of the airport, you see that New Orleans, or at least Jefferson County, is your typical American city, dotted by Best Buys and Big Lots along the side of the freeway.  Entering the French Quarter, however, is like transporting yourself to another world.  The streets are designed to the tempo of a different time, with the large SUVs and pickup trucks favoured here carefully navigating a sea of pedestrians.  After finding our hotel, we ventured out into the steamy summer heat, lenses fogging up.

The French Quarter is filled with old houses, framed with old iron work and shutters.  We walked along the eclectic set of shops and bars, antique places filled with paraphernalia and joints hawking Hurricanes made in a plastic beer cup.

In the evening, as we went out towards our dinner at Emeril’s Nola, we ended up near the nightlife of Bourbon Street. At the famed celebrity chef’s restaurant, you can come in your running shoes and shorts, and the portions are giant, yet the food is great.  We started with a crab cake and fried duck livers on collard greens, then a hickory smoked duck and a pan fried redfish.  There may be rather bold overtures of spice, however, the subtle flavourings aren’t lost and all the tones are there in the dishes. Bam, indeed.

New Orleans is a place of excess, of fried oysters and walk up bars, yet it sings of music in the streets and and a vibrancy so lost on North American cities.   Perhaps this sums up New Orleans the best.  In other towns, including Toronto, bars and clubs focus on exclusivity to entice patrons.  Here, with the street hawkers and bouncers motioning you to come in, you can’t but feel swept up in the energetic invitation, the music of a dozen bar bands presenting an utmost uniform quality.  There is an earnestness in this place, if it is a waiter or a musician on the street, a validity. 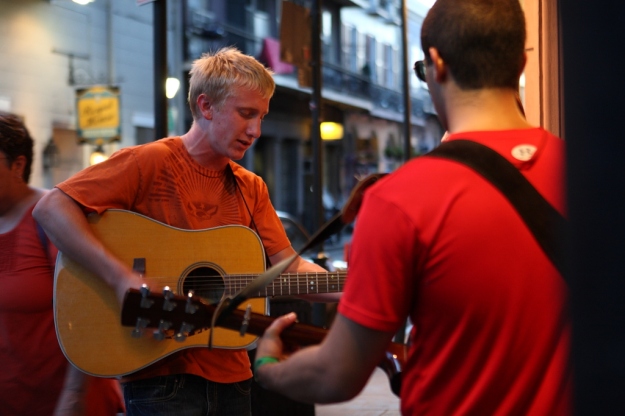